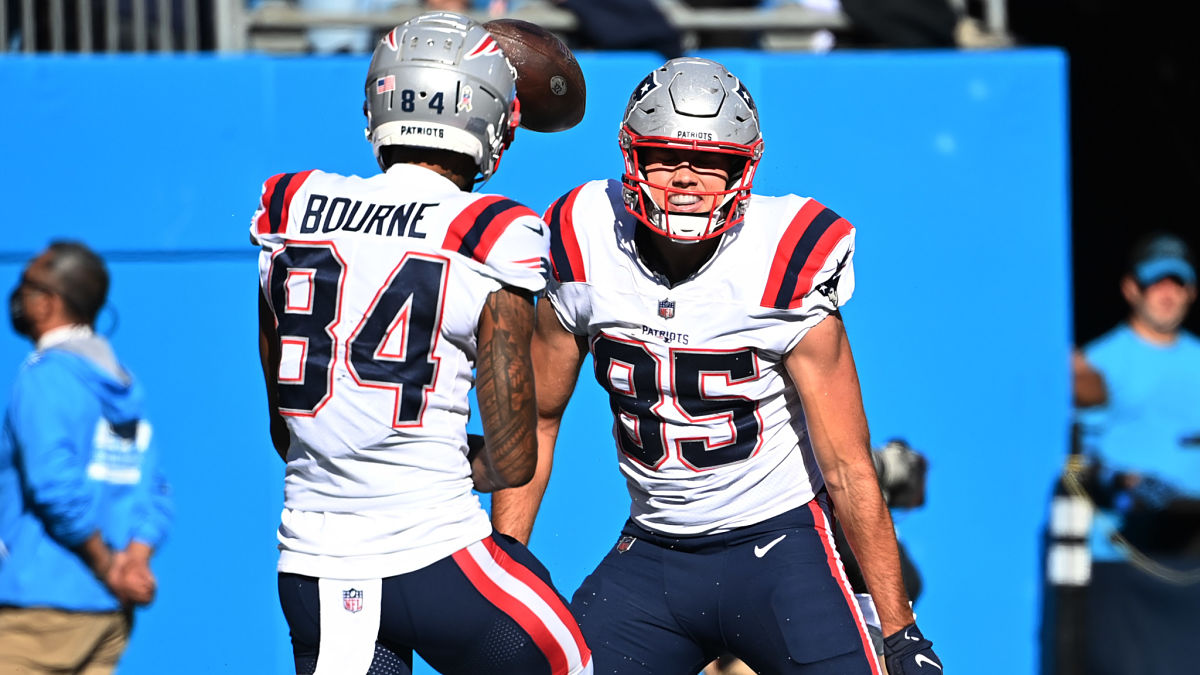 The New England Patriots were one of the few teams to survive a wacky Week 9 that featured a handful of postseason hopefuls — Buffalo Bills, Dallas Cowboys, New Orleans Saints, etc. — falling in their respective contests.

The Patriots, though, earned a one-sided win over the host Carolina Panthers and continued to take another step in the right direction with a third straight victory.

The result earned the Patriots another win, too. That was from ESPN’s Stephen A. Smith, who somewhat changed course in relation to the Patriots. Smith, who wasn’t overly high on New England earlier this season, now believes the Patriots could be right in the mix in a wide open AFC.

“Well, I’m not going to go as far as to say that they’re for real, I’m going to correct myself. I’m now on the on the side of (ESPN analyst) Dan Orlovsky, I think he was right when he talked about ‘This team is going to make the playoffs,’ ” Smith said Monday on an episode of “First Take.”

And the reasoning is twofold.

“And if you’re right in the mix with everybody else and Bill Belichick’s your coach, I think it’s fair to surmise that New England can end up doing some things and making it to the postseason,” Smith added. “And so for me, I just look at them, yeah, and I look at them yesterday and I’m impressed with what I’ve seen.”