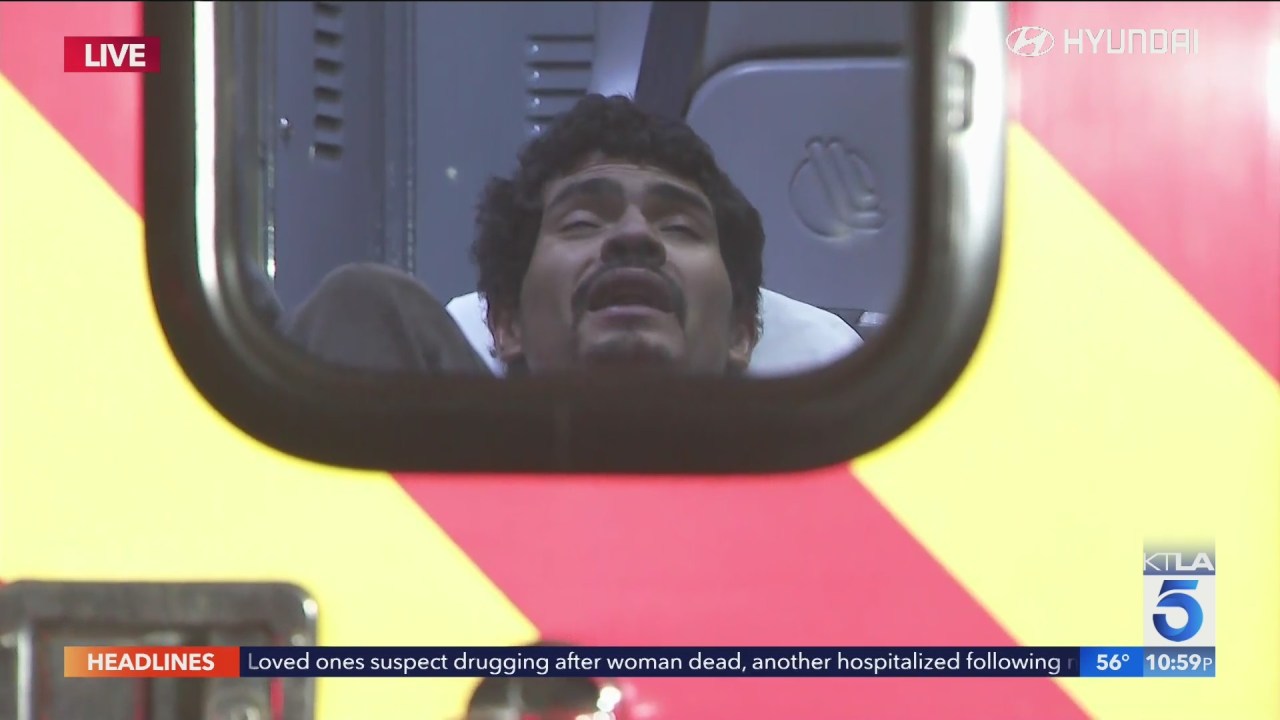 A search on Wednesday appeared to capture an armed prowler who is suspected in a string of 8 to 10 burglaries or attempted burglaries in the San Fernando Valley.

Law enforcement airships, officers on horseback and others combed the area, searching for hours for the man who has struck both commercial and residential sites in the Shadow Hills, Sun Valley and Sunland areas.

At about 10:45 p.m., SWAT officers and a K-9 unit ensnared the suspect in an an area of dense brush. Video showed him being loaded into an ambulance a few minutes later.

The man, who is often seen with a rifle — sometimes a hunting rifle, other times an assault-style rifle — reportedly began this string of burglaries on Oct. 19.