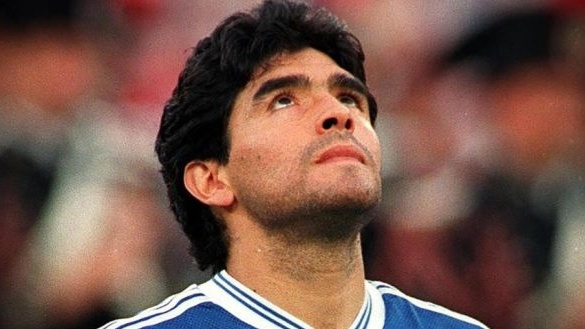 Diego Maradona died a year ago this week. He was undoubtedly one of the greatest footballers of all time, revered by millions.

But alongside his genius, there were flaws too. In fact those flaws often outshone his greatness, rarely more so than when he was sent home from the World Cup in the USA in 1994 after failing a drugs test.

He was acclaimed all over the world. And loathed in some small parts of it for a somewhat controversial goal he scored against England in the 1986 World Cup.

But while his greatness was recognised by football lovers everywhere, in his home country of Argentina, he was on a different plane altogether.

In Argentina he transcended sport, he made people proud again and he gave them something to smile about after years of a brutal military dictatorship.

For Stephen Mullen, growing up in Cork in the 1980s and 1990s, he was a link to the birthplace of his mother. He was something other than a footballer, he was a hero on so many levels.

Mullen talks to In The News about the impact Maradona had on him and on the people of Argentina and what it was like to be in the presence of the little genius on one fevered night in Buenos Aires.

You can listen to the podcast here:
APPLE
SPOTIFY
RSS
ACAST