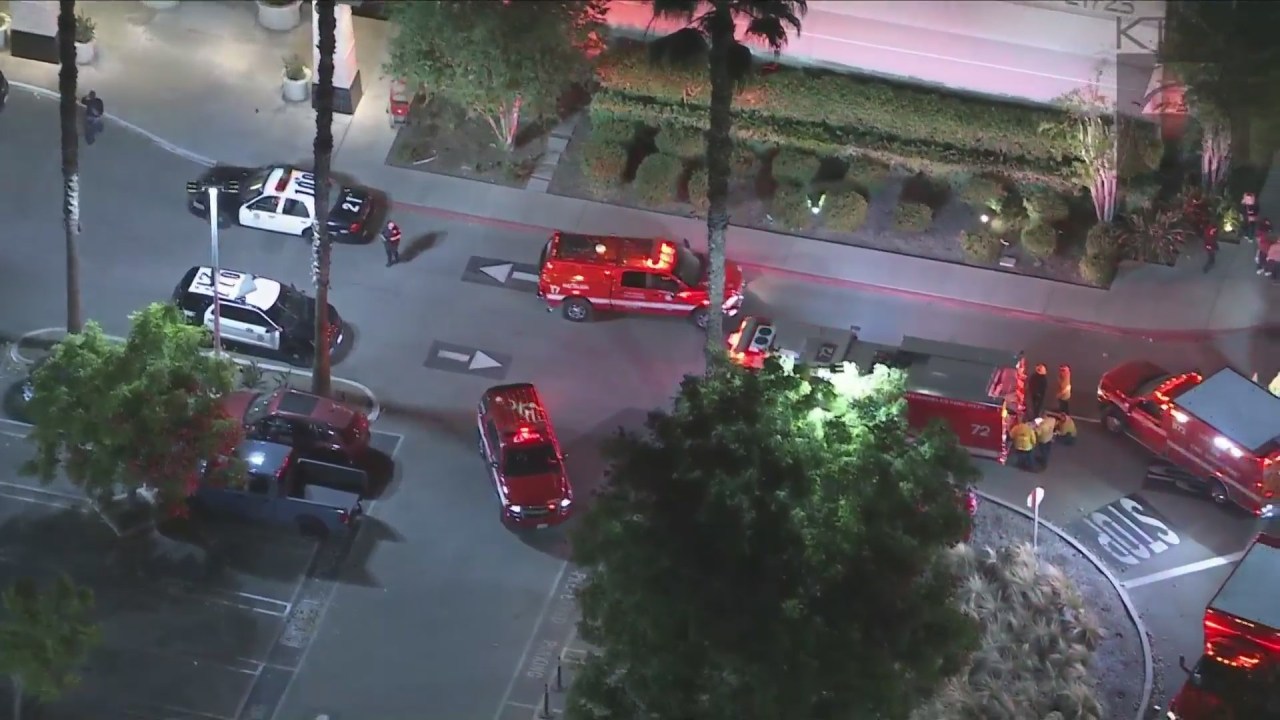 A group of 5 thieves stole purses from the Nordstrom at the Westfield Topanga & The Village shopping center in Canoga Park Wednesday night, according to authorities.

Brian Humphrey of the Los Angeles Fire Department said they were called to assist at the shopping center at 6:48 p.m.

Four of the suspects grabbed bags as the fifth used bear spray on a security guard, according to the Los Angeles Police Department.

One member of the group wore an orange wig, the Associated Press reported.

In previous similar incidents, the group of robbers would break into a store, but it remains unclear if the Nordstrom in Canoga Park was broken into as well.

The LAPD is looking for the suspects, who are believed to be in a blue or gray mustang with no plates.

No further details were available.

Correction: An earlier version of this article gave the incorrect name for the Westfield Topanga & The Village shopping center and incorrectly stated that the robbers did not physically break into the Nordstrom. The story has been updated to reflect that the exact methods the thieves used have yet to be released.