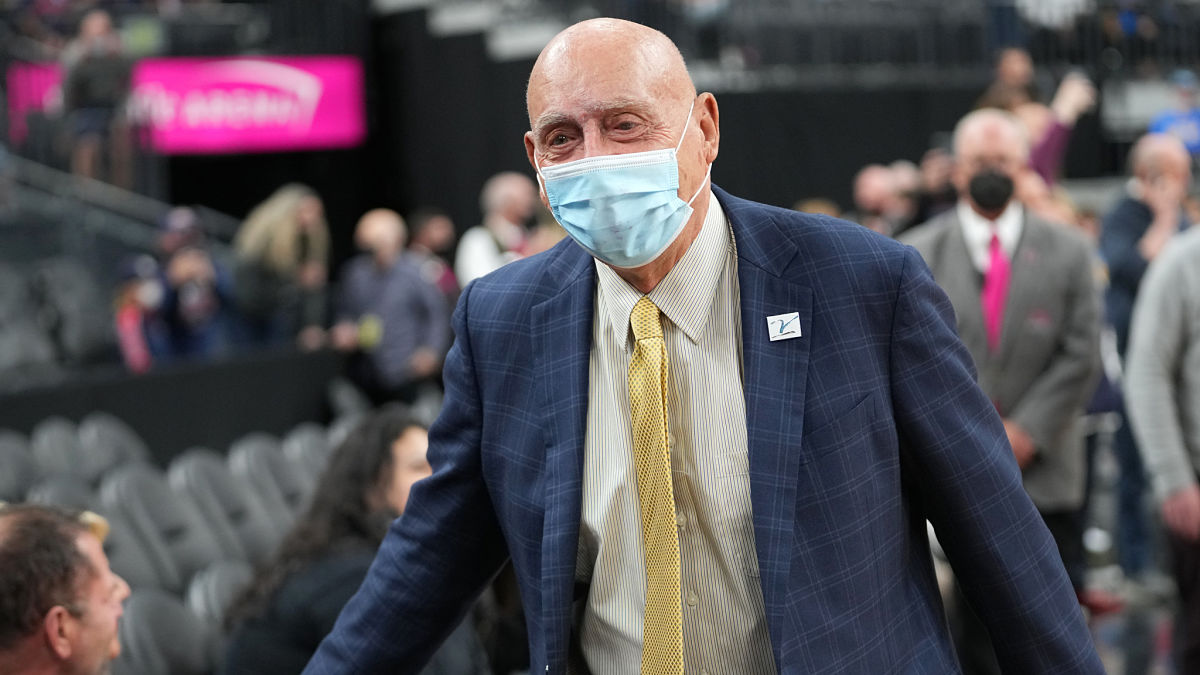 Vitale returned to his spot courtside to call the Gonzaga-UCLA showdown with ESPN play-by-play man Dave O’Brien. What took place prior to tip off, though, was much more impactful than any game itself.

Vitale, 82, became emotional during his opening address, and his words are sure to hit college basketball fans straight in the feels.

“It’s great being here, Dave (O’Brien),” Vitale said while wiping tears from his eyes. “I didn’t want to cry. I can’t believe I’m sitting here. This is really a big thrill for me. I want to thank all you people that have sent me so many great messages — ESPN, (ESPN president) Jimmy Pitaro, all my buddies at ESPN. I want to thank certainly my family and all the fans, you’ve been unbelievable.

“On Oct. 12, I’ll be honest with you, when they walked through and told me I had cancer and it was really going to be a serious surgery and all, I never dreamt at 82 I would ever be courtside again,” Vitale continued. “But to be here today, I’m sorry, I hope I don’t cause a problem out there, but I’m just so emotional. And the game is the big thing, so let’s get this game going, talk some basketball.”

Vitale has been receiving treatment and chemotherapy for Lymphoma for the past month and, through his Twitter account, has kept fans updated during the process. Vitale, who announced he was diagnosed with Lymphoma Oct. 18, started his treatment earlier in November and shared it will continue for six months.