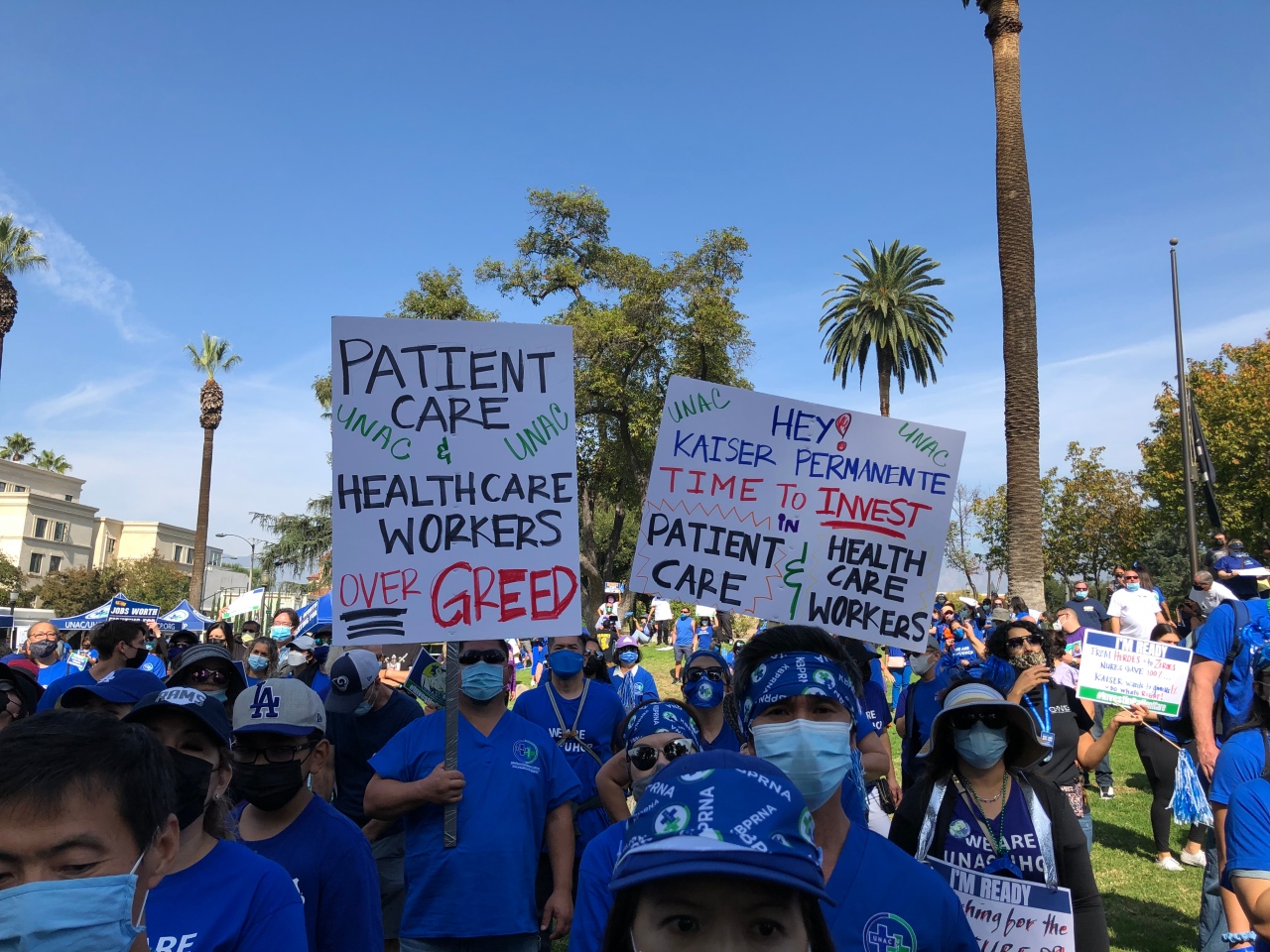 A union representing thousands of Kaiser Permanente employees delivered a 10-day notice to one of the nation’s largest health care providers Thursday, saying they will go on strike beginning Nov. 15.

The United Nurses Associations of California/Union of Health Care Professionals are striking over Kaiser Permanente’s proposals to “depress wages for current employees and slash wages for incoming workers during a national health care staffing crisis,” the union said in a news release.

If an agreement isn’t reached by the deadline, some 21,000 registered nurses, pharmacists, midwives, physical and occupational therapists, nurse practitioners and physician assistants will stop working. The 10-day notice is required by California law in order to allow health facilities to prepare.

Nearly 7,400 members of United Steelworkers Local 7600 in Southern California and 3,400 members of Oregon Federation of Nurses and Healthcare Professionals will also strike against Kaiser starting on the same day, bringing the total number of strikers as high as nearly 32,000 workers.

“Other health care systems across the nation—some not as fiscally strong as Kaiser Permanente—are making the right choices for patients by attracting the best caregivers with large wage increases and special incentives, from signing bonuses to onsite childcare,” the news release stated.

“Meanwhile, KP—sitting on billions of cash—has failed to address union proposals that would tackle pressing problems such as staffing shortages, racial justice, and equal health access,” the statement continued.

Arlene Peasnall, senior vice president of human resources at Kaiser Permanente, rebutted the union’s claims in a statement, saying that the hospital system is “indisputably one of the most labor-friendly organizations in the United States.”

“The challenge we are trying to address in partnership with our unions is the increasingly unaffordable cost of health care. And the fact is, wages and benefits account for half of Kaiser Permanente’s operational costs,” Peasnall said.

Kaiser has been in discussions with the Alliance of Health Care Unions since April, including regular meetings since September, and Peasnall said the hospital system believes “an agreement that meets the interests of all is very possible.”

“We believe we can reach an agreement with the Alliance that meets our shared interests and avoids an unnecessary and harmful strike, especially as we continue to battle this pandemic,” Peasnall said.

Peasnall added that, if the unions strike, Kaiser Permanente facilities will remain operational.

“If a strike actually occurs, our facilities will be staffed by our trained and experienced managers and the contingency staff we are bringing in as needed, and our physicians will continue to be available to care for patients,” Peasnall said.