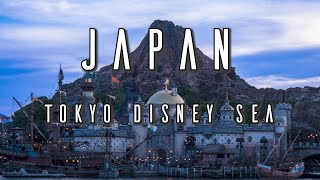 Japanese tipplers will be able to return to their normal carousing on Monday when pubs in the capital and Osaka resume full operating hours as the number of new coronavirus infections continues to drop.

The decisions were made Thursday by local coronavirus task forces.

The restrictions on eateries and drinking establishments are the pandemic-fighting measure that has had the most visible effect on the lives of ordinary people in Japan.

Restaurants and bars in regions under a state of emergency that began in April had been banned from serving alcohol and were asked by the government to close by 8 p.m. The restriction on alcohol was eased with the lifting the emergency at the end of last month.

In the 19 prefectures in Japan that had been under the state of emergency, all eating and drinking establishments will be allowed to return to late night hours except those in Okinawa, which decided to stick to its original plan and continue shortened hours until the end of October. That prefecture was the only one to report new infections per 100,000 people in the double digits.

Osaka had first planned to allow restaurants go back to normal hours on Oct. 31. That date will be move forward a week.

Other regions such as Kyoto are resuming normal hours on Friday, while Saitama, Chiba and Kanagawa prefectures, all in the greater Tokyo region, will also allow restaurants to operate normal hours on Monday.

Osaka and other areas besides Tokyo will also end limits on times alcohol can be served. Tokyo will do so only for businesses that are certified to have anti-pandemic measures in place, such as requiring customers show proof of vaccination. Other places will be asked to stop serving drinks at 9 p.m.

Tokyo and Osaka will continue to keep restrictions on how many people can be in a restaurant. Tokyo only allows parties of up to four per table, or up to five for more for certified places. Osaka has similar measures in place.

The operator of Tokyo Disneyland and Tokyo DisneySea said Thursday that it will extend the operating hours of the theme parks, beginning next month, and resume the Dreamlights nighttime parade in Disneyland on Nov. 1.

With more than 20 years of professional experience, the Mexican company has developed a service that not only gives comfort and Excellency, but also allows creating amazing experiences beyond the expected ones in a place full of genuineness as well as culture and nature.

One of the happiest words you can hear in Japan is hodai. It basically translates to “all you can,” and you’ll find it in such joy-inducing offers as tabehodai/all-you-can-eat and nomihodai/all-you-can-drink deals at bars and restaurants.

SAITAMA – A fire at a major substation facility near Tokyo run by East Japan Railway Co. caused a power outage on Sunday, forcing the operator to temporarily suspend train services on a number of lines in the Tokyo metropolitan area and affecting around 236,000 people, the company said.