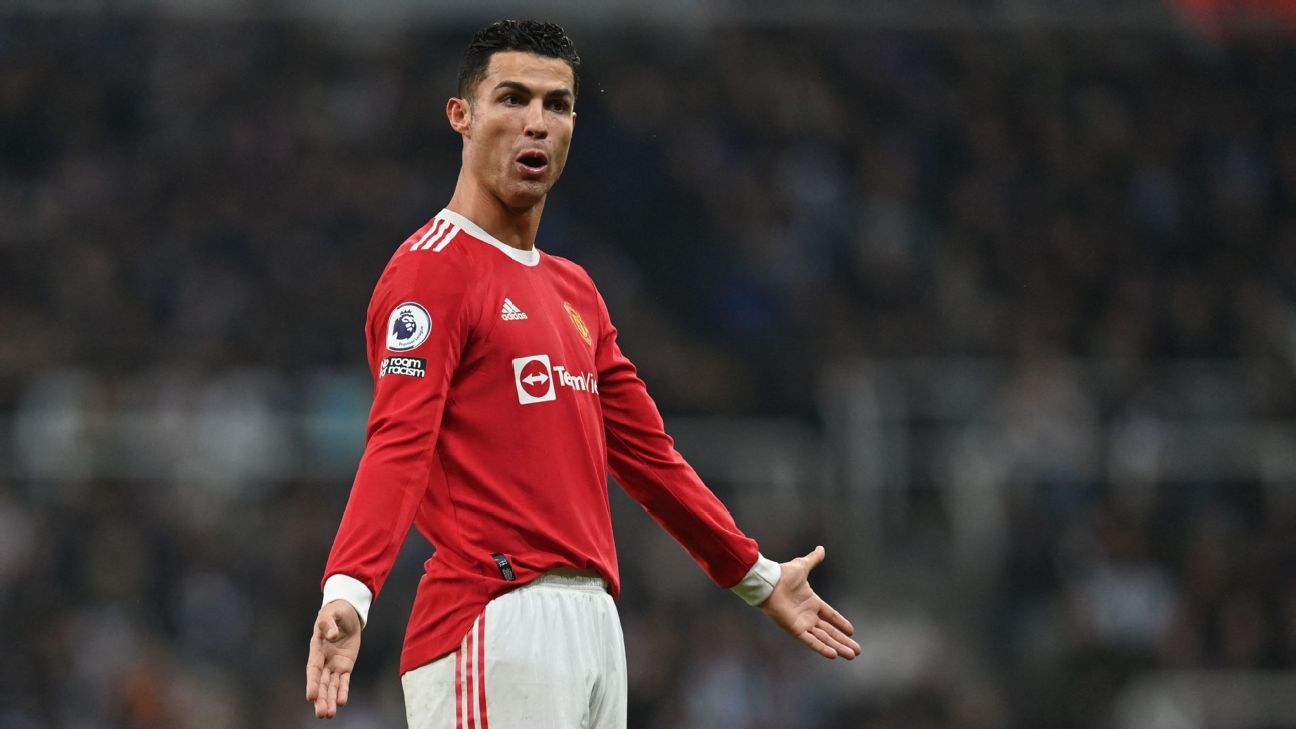 The 2022 January transfer window is open (find out when it closes here) and there’s plenty of gossip swirling about who’s moving where. Transfer Talk brings you all the latest buzz on rumours, comings and goings and, of course, done deals!

Cristiano Ronaldo is considering leaving Manchester United after less than a season at Old Trafford, according to the Star.

It is reported that the 36-year-old striker has become disillusioned with the club’s performance in the title race, with the Red Devils now 22 points behind Manchester City after an encouraging start to the season.

And with the Portugal international not supportive of interim manager Ralf Rangnick acquiring the job on a full-time basis, whether he stays in the summer now depends on who the board appoint over the next months — and he is ready to leave if he does not agree with the decision despite being under contract until 2023.

The club have been linked with a number of names to take the helm in the Old Trafford dugout, with Mauricio Pochettino, Erik ten Hag and Brendan Rodgers all names that the board have looked at in recent weeks — though any potential candidate would be much more enticed to take on the project with Ronaldo committed to the squad.

– Newcastle United are preparing an offer of £70 million to begin talks with Dusan Vlahovic, writes beIN Sports. But while Fiorentina are open to doing a deal with the Magpies, it is reported that the 21-year-old striker isn’t keen on switching the Serie A for St. James’ Park, with a number of other clubs also tracking his contract situation in Florence.

– Tottenham Hotspur are considering an approach for Wolverhampton Wanderers‘ Adama Traore, according to The Athletic. With attacking wing-backs a crucial part of Antonio Conte’s system, the former Internazionale boss is interested in bringing the 25-year-old Spain international to North London. And after entering the final 18 months of his contract this January, the Wolves star could be available for a fee in the region of £20m.

– Ousmane Dembele will be once again freezed out of the Barcelona squad is he does not sign a new contract, Marca has revealed. The Blaugrana have offered the 24-year-old a reduced salary in his latest contract offer, with the club looking to reduce their wage budget, and it is reported that Xavi Hernandez is keen to get the France international playing regularly. But if no progress is made from Dembele and his representatives, club president Joan Laporta is ready to banish him from first team activities for good.

– Fabrizio Romano states that Liverpool and Porto have denied that there are any talks ongoing regarding Luis Diaz. The 24-year-old winger has been linked with an Anfield switch this week, but it is reported that Jurgen Klopp’s side are currently prioritising the renewal of Mohamed Salah‘s contract, which now has just 18 months remaining on it.

– Newcastle will continue talks to bring Sevilla playmaker Diego Carlos to St. James’ Park despite having their first approach rejected, according to The Athletic. Eddie Howe is looking to acquire two centre-backs before the end of the transfer window, and while he has identified the 28-year-old LaLiga star as a key target, Sevilla are likely to command a substantial fee for one of their first-choice players, who has already made 24 appearances this season.

– Philippe Coutinho will make a decision over his future on Friday, with two potential suitors ready to acquire him from Barcelona. That’s according to Sky Sports, who link Aston Villa as one of the clubs keen to strike a deal for the 29-year-old attacking midfielder. Coutinho will look to restart his career after a rough period at Camp Nou has seen him struggle for regular minutes in the first team, starting just five games this season.