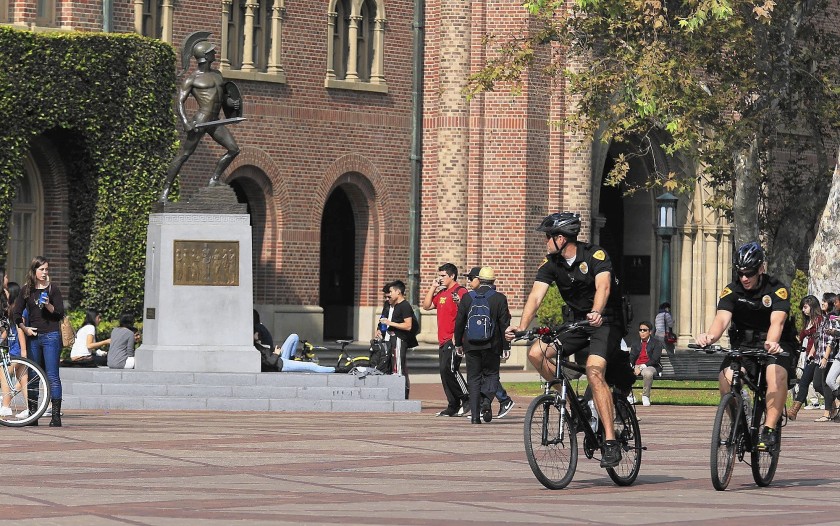 Three buildings at the University of Southern California were being evacuated Thursday afternoon due to a bomb threat, campus officials said.

USC sent out an alert to students, faculty and staff just after 4:30 p.m., saying Grace Ford Salvatori Hall, Sample Hall and Wallis Annenberg Hall were being cleared out.

The Los Angeles Police Department and the USC Department of Public Safety are conducting a search.

People are advised to stay away from the area.

“While similar threats have been called into or sent via social media to universities nationwide over the past week, we are collectively operating out of an abundance of caution and thoroughly inspecting the campus,” Cambridge Police said in a tweet Thursday.

Several other unfounded bomb threats were made over the weekend at Ivy League campuses, including Cornell, Columbia and Brown universities on Sunday. The campuses were deemed safe a few hours later.

And on Friday, a bomb threat at Yale forced the evacuation of several buildings and nearby businesses, but the university resumed normal operations later that day.

Check back for updates to this developing story.