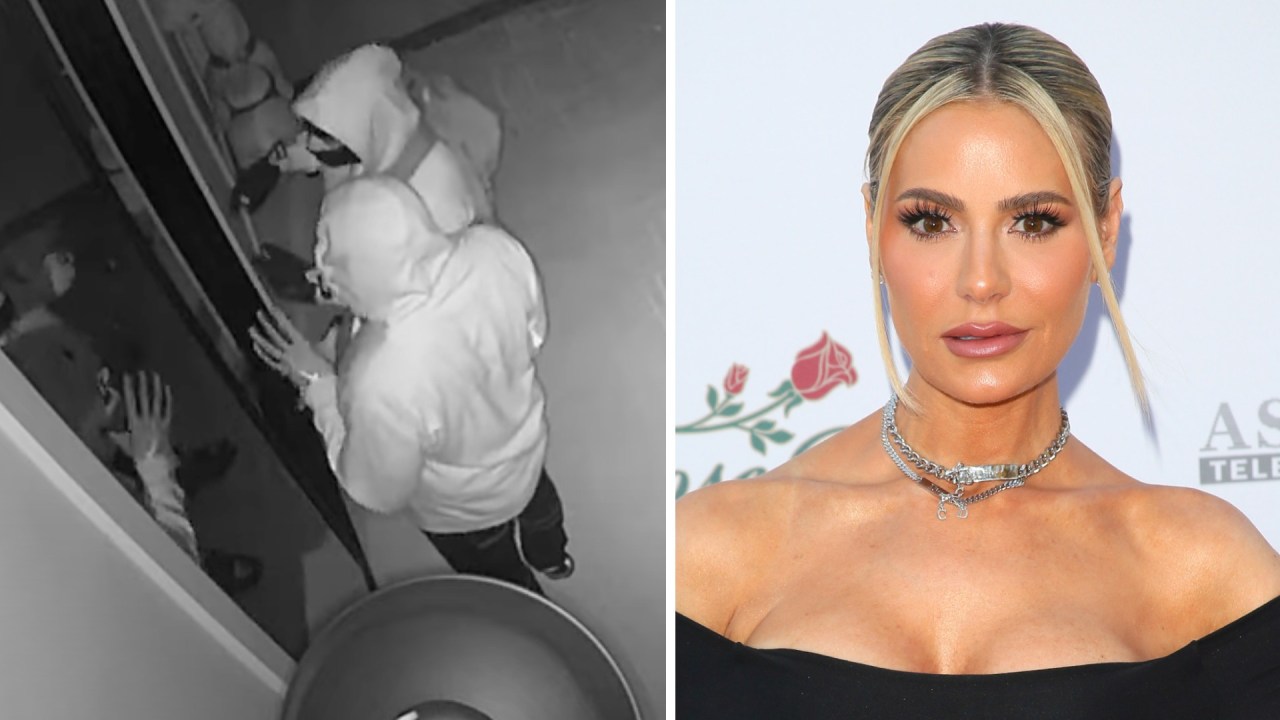 Police are seeking the public’s help in identifying the suspects who robbed “Real Housewives of Beverly Hills” star Dorit Kemsley at her Encino home last month.

The Los Angeles Police Department released surveillance video Monday from the Oct. 27 robbery, showing two masked men in dark hoodies peering through the sliding glass window of a residence on the 17000 block of Adlon Road. About a minute later, one of the men shatters the glass, making it possible to enter the home.

About 15 minutes later, the time-stamped security footage catches a suspect dragging what police say was bedding filled with high-end items through the front gate. The man hands it off to another person, then goes back, bringing out what appears to be a garment bag.

The men then get into a car that pulls up across from the home and leave the scene.

The LAPD did not identify the victim, but the address, time and alleged crime match the publicized case, which police sources confirmed to the Los Angeles Times last month involved the reality star. Kemsley herself also released a statement two days after the incident, thanking fans for their support following the “terrifying ordeal.”

The suspects entered her residence around 10:50 p.m., while Kemsley was inside with her kids.

“Both suspects threatened to kill her as she pleaded for her life and the lives of her young children,” police said. “In fear for her safety, the victim complied with the suspects demands and directed them to valuables.”

The robbers took high-end handbags, jewelry and watches, according to LAPD.

They then exited the home with the items wrapped in bedding and met up with a third suspect. All three of the men fled in a black four-door pickup truck, police said.

The suspects are described as three Black men between the ages of 20 to 30, seen wearing black hoodies and dark pants.

Kemsely released a statement on Oct. 30, thanking fans for their messages of love and support and the the LAPD for their care and attention.

“As you all know by now I have been through a terrifying ordeal, one that no parent or person should ever have to experience,” she wrote. “My kids are unaware of what happened, they slept through it and I thank God for keeping my kids and myself from being physically harmed.”

The reality star said her family was starting the healing process, and she was throwing herself back into work in order to “return to normality as soon as possible.”

No injuries were reported during the incident.

Anyone with information is urged to contact the Robbery-Homicide Division at 213-486-6840. During non-business hours or on weekends, calls should be directed to 1-877-527-3247. Anyone wishing to remain anonymous should call the L.A. Regional Crime Stoppers at 800-222-8477 or go directly to www.lacrimestoppers.org.