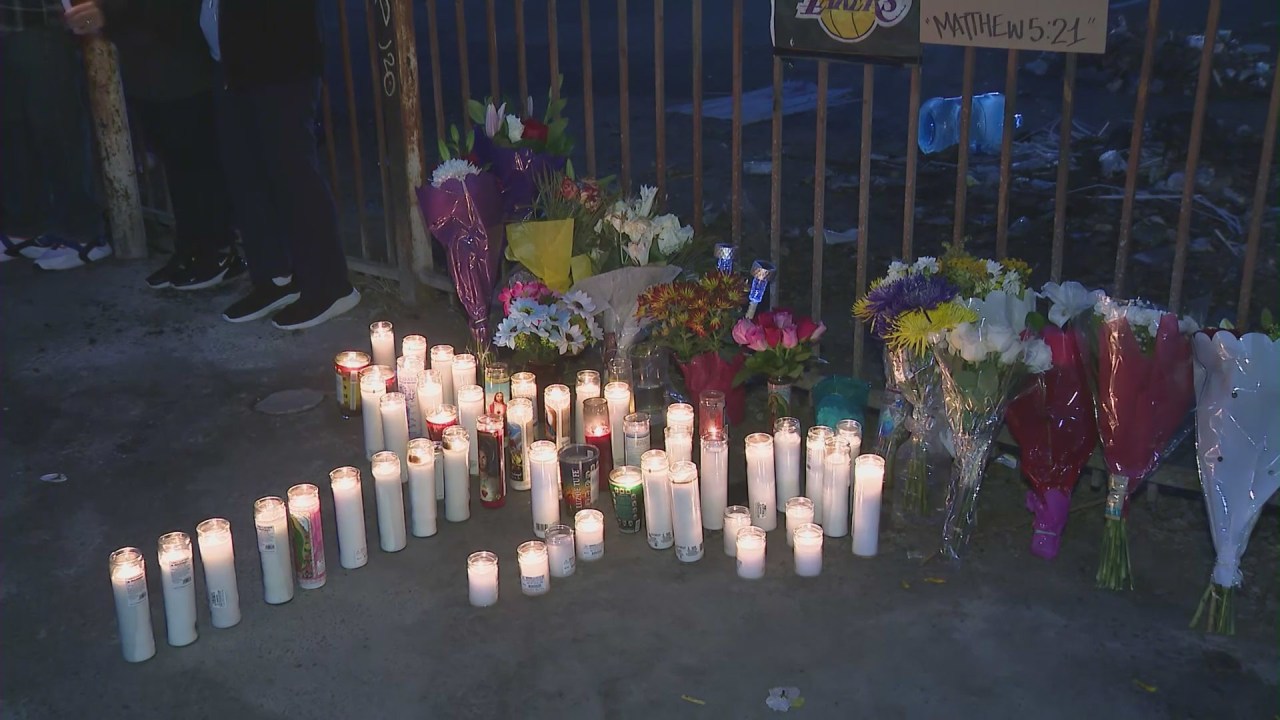 James Vargas was shot and killed after he stopped for food from a street vendor in South L.A. on Sunday.

The shooter has not yet been caught, but on Saturday, family and friends gathered to remember the 30-year-old man whose life was taken in front of his wife, Elvia, and two children, Jamison and Mikaela, near East 92nd Street and South Central Avenue.

Vargas’ brother, Billy Vargas, attended the vigil and said he’d like to “get some justice for my brother,” who “did not deserve any of this.”

“He had a bright future ahead of him, and it’s unfortunate. It’s nice to see everyone and share their stories with me and give me some solace with this situation,” Billy Vargas said.

So far, a motive for the shooting has not yet been released by police.

A GoFundMe has been set up for the Vargas family, and so far, it’s collected more than $56,000.