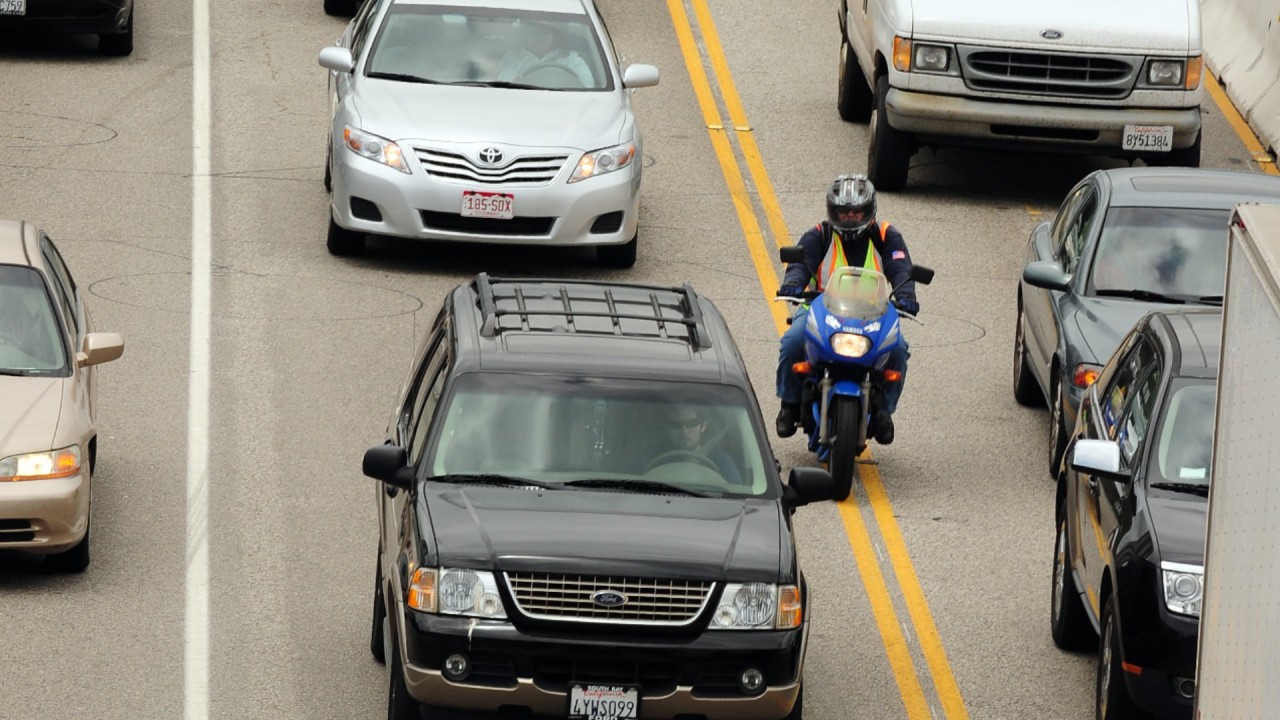 If you’ve ever been startled out of the doldrums of your afternoon commute by a thundering, lane splitting Harley Davidson and cursed whoever is responsible, you’re not alone.

But before you blast the California Highway Patrol with emails listing all the reasons why that congestion-cutting biker should be given a ticket and told to stay in his lane, there are some things you should know.

First, not only is lane sharing or lane splitting legal in California but the CHP wrote the safety guidelines as instructed in AB51, which was approved by Gov. Jerry Brown in 2016.

In fact, although lane sharing occurs in other states, California is the only place where the practice has been made legal.

Well, one reason is that lane sharing has been going on in California ever since motorcycles have been on the freeway, so it was important to set some ground rules, CHP Motorcycle Officer Brian O’Toole said.

The second, and maybe more interesting reason, is that it makes time spent on the freeway shorter, not only for motorcyclists but for us four-wheel motorists as well.

“It’s saving the average motorist in a car time … If we were to all of a sudden not allow lane splitting anymore, that’s a motorcycle sitting in the lane ahead of them,” O’Toole said.

But just because the motorcyclist has the CHP on their side when it comes to lane sharing, it doesn’t mean they can recklessly speed past you.

“It’s still a privilege … We’re the only state left, so it’s a privilege for us to do this,” O’Toole said

The CHP’s guidelines say bikers should only split lanes when the flow of traffic is 40 mph or less, and not travel more than 10 mph faster than the vehicles surrounding them.

However, nothing is set in stone, O’Toole said. It is always up to an officer’s discretion as to whether the motorcyclist’s actions are deemed unsafe.

Also, like motorists, motorcycles are not allowed to cross in and out of the carpool lane unless there is a designated opening.

“You’re not any more privileged than a car would be to jump into that carpool lane,” O’Toole said.

Motorcycles are supposed to be sharing a lane on one side or the other and cross over only when there’s a broken line marking an entry and exit point.

As for drivers, they can help out too.

“Move over to the left or right, depending on which lane you’re in, and create a little bit of a gap for motorcyclists to safely pass. It’s a win-win situation for both,” O’Toole said.

Ultimately, riders and drivers need to work together to save everyone time on the freeway.