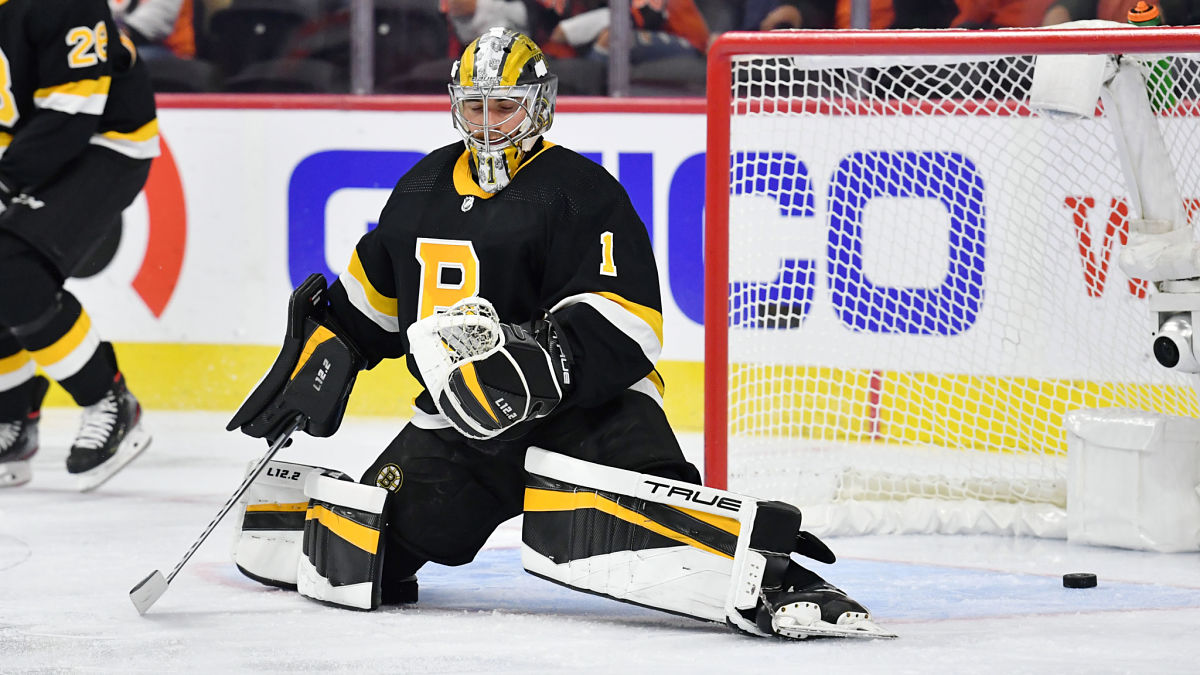 Boston Bruins goaltender Jeremy Swayman has some ballet experience in his past and acknowledged that it’s had an impact on his skills on the ice.

Swayman found himself needing to kill some time come his junior year at the University of Maine as he had completed his core curriculum. So, what did the young prospect do? He took on an elective ballet class.

“I was already done with most of my core business classes,” Swayman told the Boston Sports Journal’s, Conor Ryan. “So, I was looking for electives. And one of the electives was ballet. So, I just had an open mind about it. And I convinced two other guys to do it with me.”

Heading into the class with an open mind, it didn’t dawn on Swayman the lessons he would learn would ultimately help him while competing for the Bruins at TD Garden.

“I didn’t go into it thinking, ‘Oh, I’m going to get better ankle stability or flexibility,’ but that’s exactly what happened,” Swayman said. “We did it twice a week — and we had homework with it too where we were all dancing.”

Despite it being an easier, light-hearted class, Swayman started to notice the physical benefits come practice time.

“It was the movements themselves and just the coordination you had to have and body awareness that all went into it,” Swayman admitted. “And I think it completely mirrored my game and helped a lot.”